Playtime! 5 Fun Things to Do in Hartford During NACCU 2019 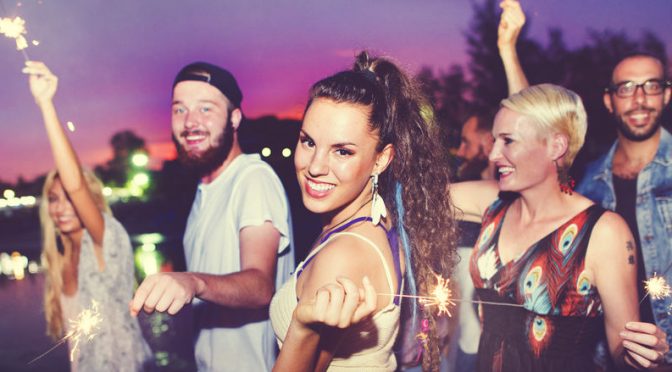 NACCU — the event of the season for the campus card industry — is right around the corner, April 7 to 9, 2019. It’s an awesome chance to network and learn about exciting new technology and opportunities.

And with NACCU 2019 being in Hartford, Connecticut this year, it’s also a great excuse to get out of the house and the card office. Because if you’re like us, you work hard, you play hard! We love meeting new faces and reconnecting with old friends, but we also look forward to hitting the sights and seeing what Hartford has to offer.

Enjoying a little free time at NACCU 2019? Here are our 5 favorite things to see and do in Hartford, Connecticut.

This Neo-Gothic mansion was built in 1873 at the height of Mark Twain’s literary rock-star status. The sizable estate is as distinctly quirky as the great satirist himself. It features gabled roofs, luxurious bedrooms, and an interior design based on Twain’s personal vision. Its layout is rumored to have been built to resemble a riverboat, though that might take a little imagination to picture. What is known is that Twain penned some of his best-known works there, including The Adventures of Tom Sawyer, The Adventures of Huckleberry Finn, and A Connecticut Yankee in King Arthur’s Court.

NACCU is a blast, but it can be exhausting. Ready for recess?Head to the park — Bushnell Park — the oldest public park in the US built with taxpayer money.

Bushnell Park opened in 1861 and was designed by Jacob Weidenmann, one of the leading architects of the 19th Century. Rather than the central greens that were traditional to New England, Weidenmann opted for a more natural and wooded look. Bushnell Park features 157 varieties of trees and shrubs from around North America, Europe, and East Asia. It also hosts a vintage 1914 carousel — one of only three historic Stein and Goldstein carousels in existence.

Ready for a different kind of recess involving hops, barley, and a foamy head of beer? The City Steam Brewery Café features 9 levels of seating with breathtaking views and plenty of handcrafted brews on tap.

There’s live entertainment on the weekends. The brewery’s basement is home to the Brew Ha Ha Comedy Club, a laugh stop for some of New York’s finest, including Kevin James, Ray Romano, Jay Mohr, Sarah Silverman, and Denis Leary.

The Museum of Natural and Other Curiosities

This museum isn’t very big (it’s a small room hidden on the top floor of the Hartford statehouse) — but if you’re looking for a story to bring back home for the kiddos, here’s where you’ll find it.

The Statehouse itself is beautiful, with courtrooms and cabinet/representative chambers that date back to 1796. But the Museum of Natural and Other Curiosities is the real offbeat goldmine. It’s hidden in an otherwise modest room that was originally a second-floor porch. The bizarre collection of oddities is from the personal estate of Joseph Steward, a noted 19th century Connecticut painter. Specimens include a three-headed calf,  a mummified human hand, and a giant narwhal tusk. Have fun.

A city as old as Hartford must have plenty of interesting dead people.As its name would imply, the Ancient Burying Ground doesn’t disappoint. Founded by Rev. Thomas Hooker in 1636, it’s Hartford’s oldest historical site. Since it was common to bury people on top of each other when space became an issue, the cemetery is the resting place for over 6,000 corpses. After years of neglect, it has since been preserved as a city park.